Zinfandel: but is it really?

The case of the mystery grape, that once ruled high and low across Californian wine country: an intriguing look into this big and bold red grape variety. It's almost too good to be true.

Introducing Zinfandel, a plump, dark skinned grape of the red wine persuasion. Calling California home, with over 44,000 acres currently under vine, it was introduced to this particular part of U.S somewhere around 1830-1850, during the Gold Rush era. It absolutely thrived in the Cali conditions, giving it warm climates and suitable soils. Nobody asked any questions and it was widely accepted that 'Zin' was firmly embedded in the viticultural history of America. Fast forward the best part of a century and the Zin-craze continued as it survived Prohibition Era, as the grapes were shipped east, to make a fine drop behind closed doors. Up until only recently, it was the most planted red grape variety in California usurped only by the rising glamour of Cabernet Sauvignon.

It was in 1967, that a professor from a the University of California, Davis (UCD) discovered the similarities between Primitivo and Zinfandel. At this point, follows a chain of events almost depicting a 90s drama thriller starring Susan Sarandon. During testing of the grape variety, it was discovered that Zinfandel shares the isozyme fingerprint or grape 'DNA' as Primitivo. This evidence coincides also with findings made about the initial plantings of Zin back in the 1830s. These cuttings had in fact been imported from the Austrian imperial nursery in Vienna. What's presented at this stage is that Americans had to come to terms with the fact that their grape, was not actually theirs. But who's was it? Where did it really come from? How did an Italian varietal end up in Gold Rush Cali? 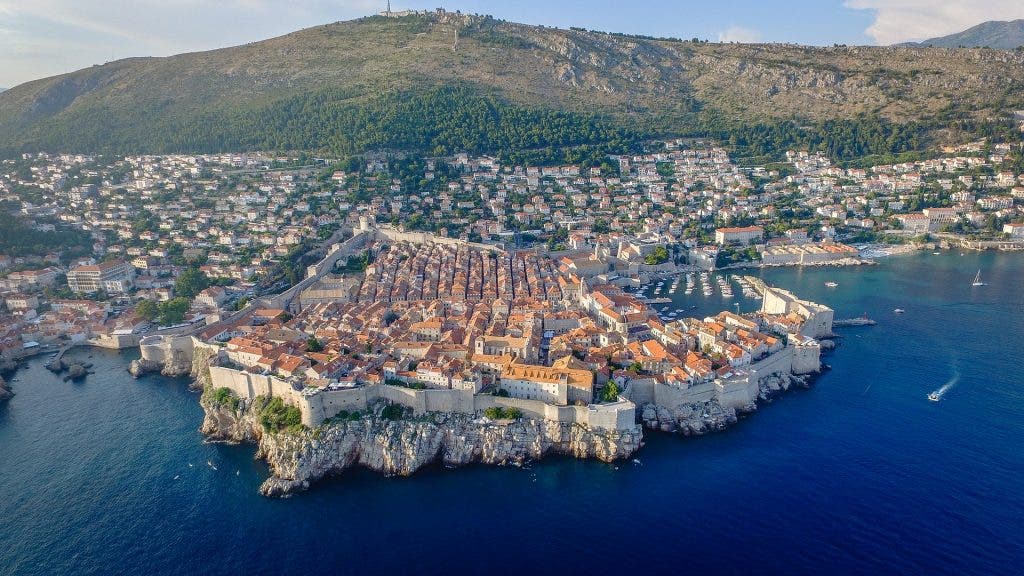 The Land of the Neck Tie

Some interesting results started to come to the fore as scientists concluded their studies and just like John Farnham's 6th 'Final Tour Ever', Italy definitely cashed in on the change in viticultural entertainment, relabelling their Puglian Primitivo to 'Zinfandel' in order to try and boost sales. As the results filtered in, Zinfandel was found to be identical to the Croatian grape 'Plavac Mali'. After many an exhausting journey along the rocky Dalmatian coast, the ancient grape was located on the island of Kaštela, near Split. Although viticulturists were convinced that they'd solved the lineage of this controversial grape, final testing revealed that Croatia was indeed the parent and that Zinfandel was an offspring, genetically speaking.

With acres of unwanted Zinfandel grapes during the vogue white wine craze of the 70s, a winemaker by the name of Bob Trinchero of Sutter Home tried to make himself a dry version of a white Zinfandel, by pressing off the skins. The batch stopped fermenting (known as stuck fermentation) but Bob persevered and created a complete and utter.. mistake. A mistake that earned Bob lots of money, as by 1987 Sutter Home White Zin was the best selling premium bottle of wine in the United States. Apart from its use in this almost rosé style, Zinfandel was also used to make exceptional port.

Whatever you call it, it's still pretty good

As a grape variety, Zinfandel is a gorgeous and robust full bodied wine with high acidity and spice. Strong berry flavours present finishing often with a hint of tobacco encompassed in a deep ruby hue. Zinfandel can be found in plenty of places in Australia: McLaren Vale, Barossa Valley, Riverina and Margaret River to name a few, where we can nurture this poor grape, which really didn't know where it came from or who brought it there.
..
Published in Varietals
Search
Categories
Related Products
© 2021 Wine Direct Pty Ltd. All Rights Reserved.