Perhaps the best SSB we've seen this year. On opening it seems soft and delicate but as it airs, minerality, citrus, ginger and all manner of complexities emerge. This is a beautifully balanced delicious wine which will age well too.
Skip to the end of the images gallery

Skip to the beginning of the images gallery
Wine Specs
Region
Pemberton, WA
Vintage
2019
Winery
Picardy
Winemaker
Bill and Dan Pannell
Bling
93pts Kim Brebach
Alcohol %
13
Size
750 mL
Bill, Dan and team make very limited quantities of superb wines with an emphasis on elegance. They are definitely designed to age and have a fruit intensity that belies their initially genteel appearance. The level of attention in the vineyard is staggering as Matt’s creaking back can attest. Matt was vineyard serf/assistant winemaker at Picardy from 2000-2003. 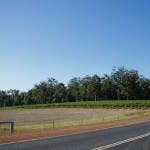 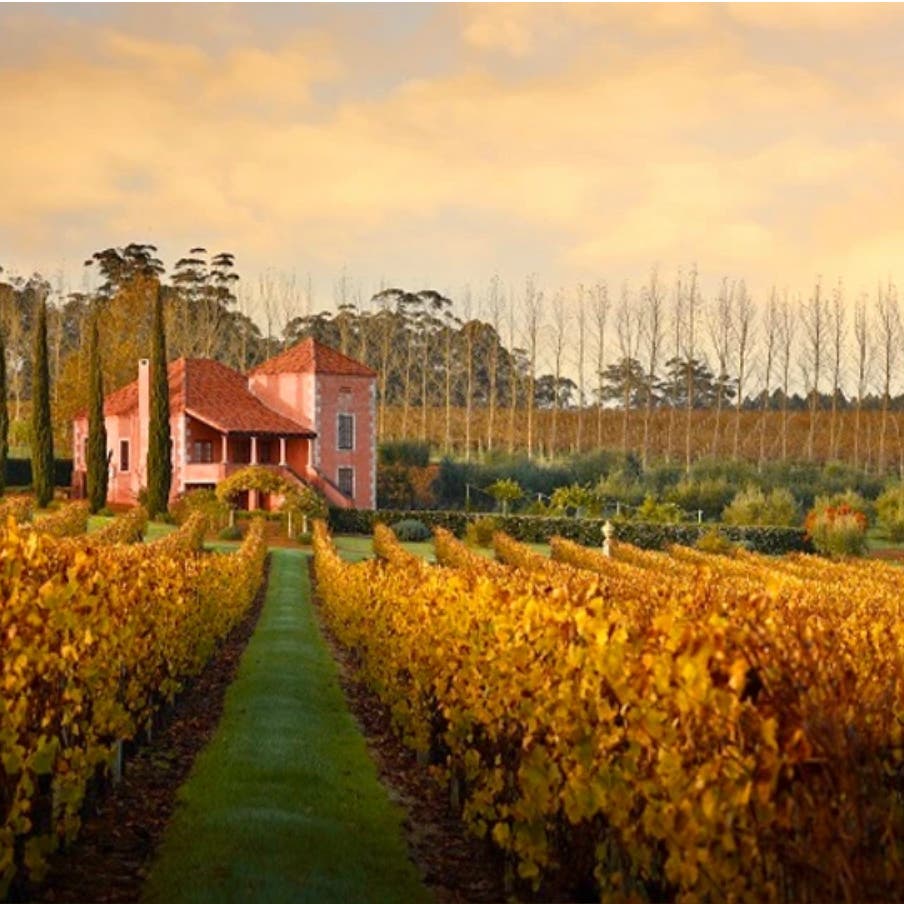 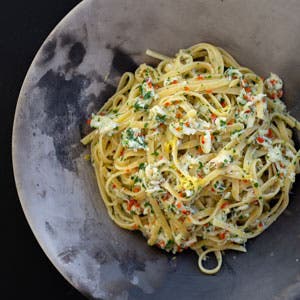 Simple Crab Linguine
Looking for a dish to impress but leave you with plenty time to enjoy the evening too? Look no further than this quick n simple crab linguine. Bursting with fresh crab, spice from the chili and citrus flavours it’s like there is a party in your mouth!!
Read more 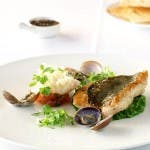 We are absolutely delighted to be offering Picardy wines! Our Buyer & Sales Manager, Matt Wallace was the assistant winemaker there between 2000 and 2004. Picardy first made wine in 1996, becoming a pioneer of exceptional, cool climate Pinot Noir in Western Australia.

Simple Crab Linguine
Looking for a dish to impress but leave you with plenty time to enjoy the evening too? Look no further than this quick n simple crab linguine. Bursting with fresh crab, spice from the chili and citrus flavours it’s like there is a party in your mouth!!
Read more

Sémillon is a golden-skinned grape used to make dry and sweet white wines, most notably in France and here in Australia. The history of the Sémillon grape is hard to determine. It is known that it first arrived in Australia in the early 19th century and by the 1820s the grape covered over 90 percent of South Africa's vineyards, where it was known as Wyndruif, meaning "wine grape".

Sémillon is widely grown in Australia, particularly in the Hunter Valley north of Sydney, where for a long time it was known as "Hunter River Riesling". Four styles of Sémillon-based wines made there: a commercial style, often blended with Chardonnay or Sauvignon Blanc; a sweet style, after that of Sauternes; a complex, minerally, early picked style which has great longevity; and an equally high quality,dry style, which can be released soon after vintage, as a vat or bottle aged example. (Hunter Valley Semillon is never matured in oak.) The latter two

Heading south from the well-known Margaret River area (and you should &ndash; it's a lovely drive), you'll come across Pemberton tucked into the towering trees of the neighbouring forests. Things grow well here, so why not grape vines?

The soil is so good, in fact, local vignerons use a lot of tough love on the vines to keep them producing. Keeping them pruned back and dry is the trick. Chardonnay is the top drop in this climate, but those cool nights and warm days are beneficial to Cabernet Sauvignon and Merlot. Keep an eye on reds from this region.

Visitors should be ready to get outdoors and enjoy the landscape and coasts. It's not every day you can climb an 80 metre tree, after all.