A powerful wine this, redolent of blackberries and graphite. We also found red fruits and black cherries and spice from the high-quality French oak. Excellent already after decanting, this also has a very long life ahead of it.
Skip to the end of the images gallery

This was originally a Southcorp vineyard (AKA, Penfolds, Wolf Blass, Pepperjack, Wynns, Coldstream Hills, Seppelt and more). After extensive soil testing they planted the vineyard to provide high quality fruit for both Penfolds and Seppelt. These days the vineyard it privately owned and producing exceptional wines. No surprise given Halliday said “The potential quality of the vineyard was never in doubt.” 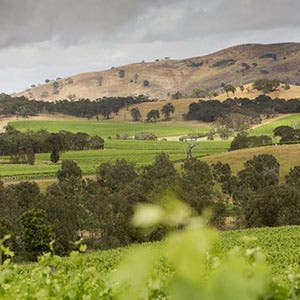 Read more
Reviews
Write Your Own Review
Only registered users can write reviews. Please Sign in or create an account
We found other products you might like!
Also Available in These Packs
© 2021 Wine Direct Pty Ltd. All Rights Reserved.